We may observe the following zones in the Hout Bay rivers – estuary, wetlands, lower reaches, middle reaches and upper reaches. This division is typical in rivers, but zones do not always switch sequentially from one to another. For example, where a weir is built in the middle of the river – such as at the Disa River weir next to Orange Kloof – the river zone is altered. In the case of the latter example, the weir changes the river before the construction so that it behaves more like a lower reaches river (zone 3) in that area. 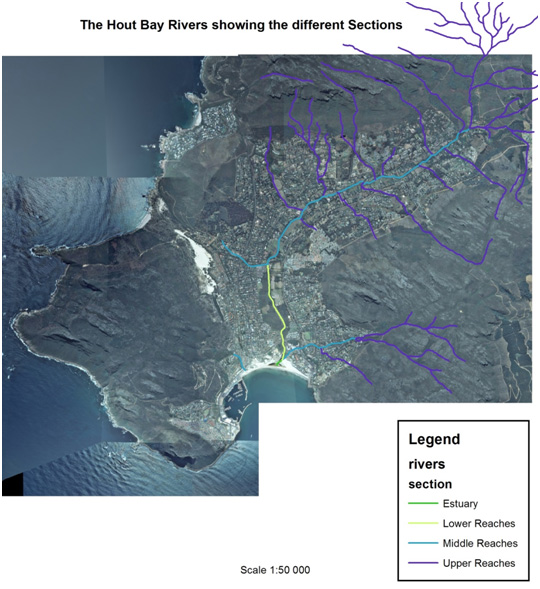 The Hout Bay estuary is partly enclosed body of water and has the Disa and Baviaans Rivers flowing into it. The estuary connects the rivers of Hout Bay to the sea.

Rivers are generally wider at the lower reaches of the rivers and the quantity of water is larger.

There should be more volume and energy in the middle reaches than in the upper reaches.

Upper reaches are nearer to a river’s source. This is also known as the headwater of the system.